153 Parties have ratified to the Paris Climate Accord of 2016.

On 8th July 2017, United States of America won key concessions on Climate Accord from world leaders at the most fractious G20 summit to date. It is assumed to be interest of preserving the unity of the club of major industrialized and emerging economies.

The Climate Accord is an agreement within the United Nations Framework Convention on Climate Change (UNFCCC) dealing with greenhouse gas emissions mitigation, adaptation and finance starting in the year 2020. It was first drafted on 30th November, 2015 and signed on 22nd April, 2016. It came in to effect from 4th November, 2016. 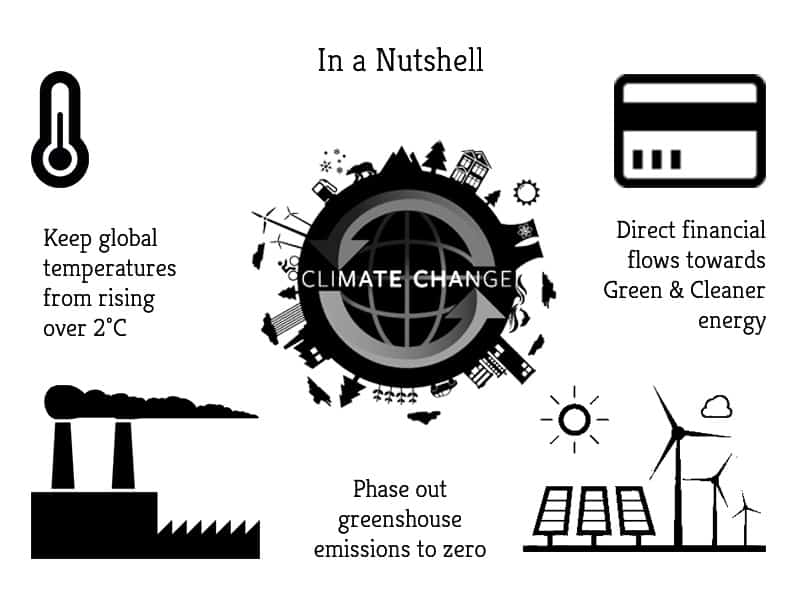 The Climate Accord acknowledges the potential irreversible threat that our climate is facing. Here is the accord in a Nutshell

Central goal of the accord is to limit the rise in global average temperatures to 2° C or 3.6° F above pre-industrial levels by the end of the century, 2100. This goal is immediately followed by an even more ambitious target of limiting the rise in temperatures to 1.5° C.

Failure to limit rising temperatures will directly result in:

Zero Emissions of greenhouse gases is the major requirement for the success of the Climate Accord. Phasing out the use of fossil fuels and reducing greenhouse gas emissions will directly help in achieving the targeted global temperature control.

It is believed that the global carbon footprint can only be phased out by balancing the inputs and outputs.

It was mutually agreed to direct the financial flow away from fossil fuels and towards greener, cleaner energy sources. To help achieve the above mentioned targets globally, the Developed World will be providing financial aid to the Developing World.

An ambitious aim of directing the financial flows towards renewable sources of energy is also a disguise for giving a push to develop better greener technologies.

Though there are no penalties for not achieving the said goals and targets, this Climate Accord was designed to evolve as the years pass. 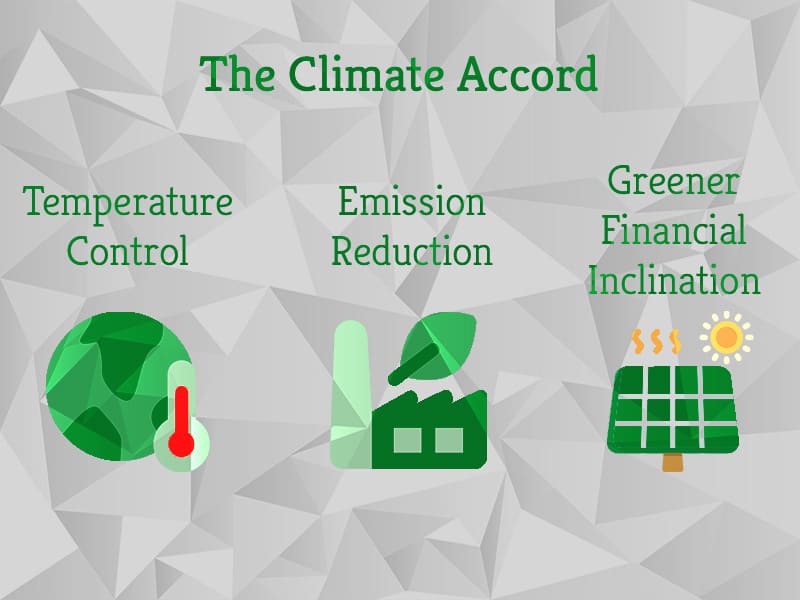 Focus on Renewable Power: Plans to drop Coal Based UMPP