Greenhouse Gases: All you need to Know

Since 1990, there has been a 41% increase in Greenhouse Gas Emissions world wide.

Any gas that is present in the earth’s atmosphere which can trap the heat brought in by the sunlight can is known as a Greenhouse Gas. Technically, a greenhouse gas can be defined as any gas that has the ability to absorb and emit radiant energy within the thermal infrared range.

Some of the greenhouse gases are listed below:

All the greenhouse gases differ from each other in three key aspects:

In order to allow for comparisons among these greenhouse gases a standard was developed. This standard is also referred to as the Global Warming Potential.

IPCC 1996 defines the global warming potential as the cumulative radiative forcing – both direct and indirect effects -integrated over a period of time from the emission of a unit mass of gas relative to some reference gas.

Carbon dioxide (CO2) was chosen by IPCC as this reference greenhouse gas since it is a naturally occurring gas and plays an important role in the carbon cycle. The GWP of Carbon Dioxide is considered to be 1.

Global Warming Potential specifically refers to a measure of how much energy the emission of 1 ton of gas will absorb over a given period of time, relative to the emissions of 1 ton of carbon dioxide (CO2).

Some of the most common sources of greenhouse gases are listed as follows:

The following chart illustrates the approximate contributions made by the different sources of greenhouse gases.

Greenhouse Gases, in controlled quantities, are supposed to result in the greenhouse effect which enables comfortable sustenance of life on this planet. But accelerated and increased rate at which greenhouse gases are being released into the atmosphere have several direct and indirect impacts. All these impacts are interlinked or connected.

Some of these impacts are: 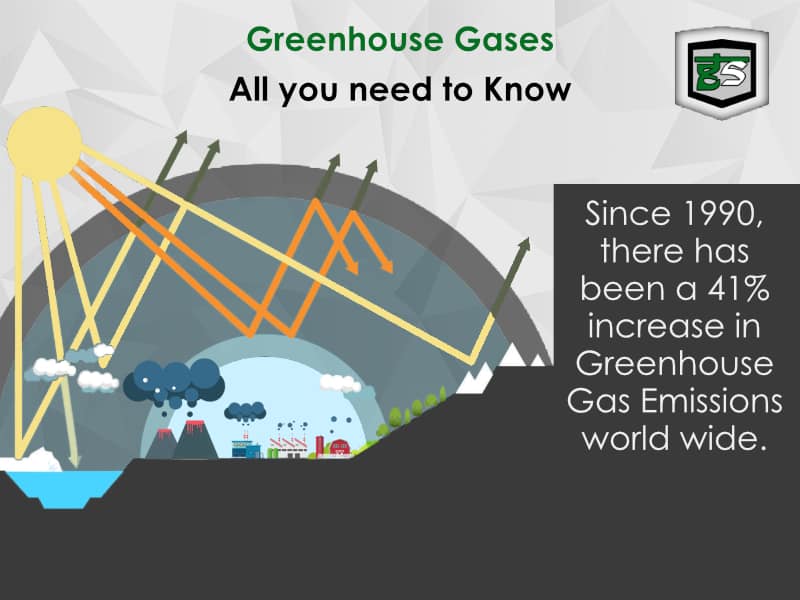 Infectious Waste : All you need to Know